I can’t remember when I first discovered COOK food. I’ve been a loyal customer of theirs for a long time.

What I do remember though, is my reaction to being told about it. It’s a very simple concept, but one that – for me, anyway – is complete genius and it has come into its own now I’m a parent. 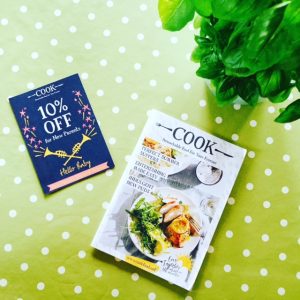 COOK food is frozen and ready-prepared to be cooked, but it’s cooked by chefs in the COOK kitchen in Sittingbourne (which, by the way, you’re welcome to go and have a nosy around any time – it’s an open house) using the same ingredients and techniques as you would if you were cooking at home from scratch.

It’s homemade, nutritious and prepared using carefully selected, ethically produced ingredients and nothing sinister. And you can even find out the name of the chef who made it as it’ll be printed on the box.

Convenient? Absolutely. But convenience food, this ain’t. You know how some ready meals taste bland and looks unappetising? Not this stuff. Every single dish we’ve tried has been utterly delicious, perfectly seasoned and about as far removed from every other freezer meal we’ve ever eaten.

See? I told you. GENIUS. 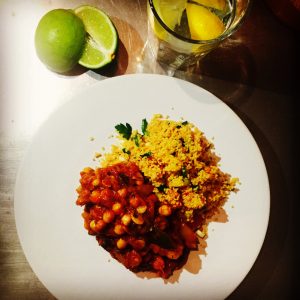 So when a new COOK shop opened up at our local shopping centre and I was given the opportunity to write about them, I jumped at the chance.

For people with hectic lives who need convenient meal options but don’t want to feed their family rubbish, this brand is an absolute godsend.

I like to think of myself as pretty organised. Still though, much to my own annoyance I regularly find myself realising at 6.55pm that I haven’t given any thought to what we’re going to eat for dinner when X has gone to bed.

It is on these nights that I have recently been unbelievably grateful to have some of COOK’s range in my freezer.

This food also comes into its own when it’s just been one of those days and even with the best of intentions, cooking a meal just ain’t gonna happen. Ideal if, like me, you’re quite often awoken at the most anti-social of hours by an energetic toddler who wants to play trains….meaning that by early evening you can’t string a sentence together, let alone cobble together a vaguely appetising family feed. 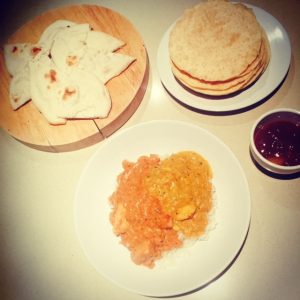 The menu is extensive and offers something for every palate. From more traditional options such as lasagne, cottage pie and lamb hotpot to the slightly more exotic dishes such as salmon and edamame thai noodles, vegetable and chickpea tagine or dishes from the Chinese, Indian and Thai takeaway range, the development team have done their utmost to cater for everyone, it seems to me. The kids range is superb – the paella and the chicken nuggets were a hit – not just with the kids, either 😉 and the under-400-calories range offers an unusually scintillating array of options unlike most ‘skinny’ ranges out there.

So far we’ve bought COOK food to cater just for ourselves, but if you’re looking for a simple and easy way to host a dinner party then this is what you need. I had no idea that things like pates, gammon and tabbouleh salads could be frozen, but these guys have found a way to make catering for a crowd an absolute dream. We will definitely be heading straight there next time we are feeding the masses!

You’ve probably gathered that I’m fairly animated about this brand. And I’ve promised that through Mumbelievable I will only involve brands that I completely believe in, trust and that I think will add something to your life or make it easier or better in some way. 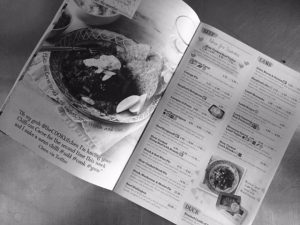 But for me, the food (while delicious) isn’t the best thing about COOK. It’s the way they do business that I love, and why they have a loyal customer in me.

The original founders, Edward and Dale, are still at the helm. And 20 years since they started out, they’re still trying to do great things in the world. Their philanthropic work is far too in depth to cover here, but one example of this is the One Feeds Two campaign they’re running on the COOK kids and family ranges. When you buy a meal from this range, the company donates enough money to buy a school meal for a child living in poverty. COOK also donates the money raised through the new carrier bag charge to Foodcycle, a charity that uses surplus supermarket food to cook meals in underprivileged parts of communities. 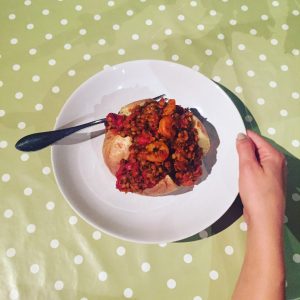 When you speak to a member of staff in their shops or over the phone, they’re all singing from the same songsheet. It’s clear they LOVE what they do and what the company stands for.

And I love to be a customer of companies who not only clearly value their customers and employees, but care very deeply about their suppliers, the environment and our society as well.

If only more companies were like COOK. The world would be such a nicer place.

Disclosure: The lovely people at COOK provided me with some of their yummy dishes to sample by way of compensation for this review. (In all honesty, I wanted to write about them anyway, so that was just a big bonus!)

You can find out where your nearest Cook shop is or order online via their website www.cookfood.net.

THE JOLIE-PITT SPLIT: Why can’t we respect their request for respect?